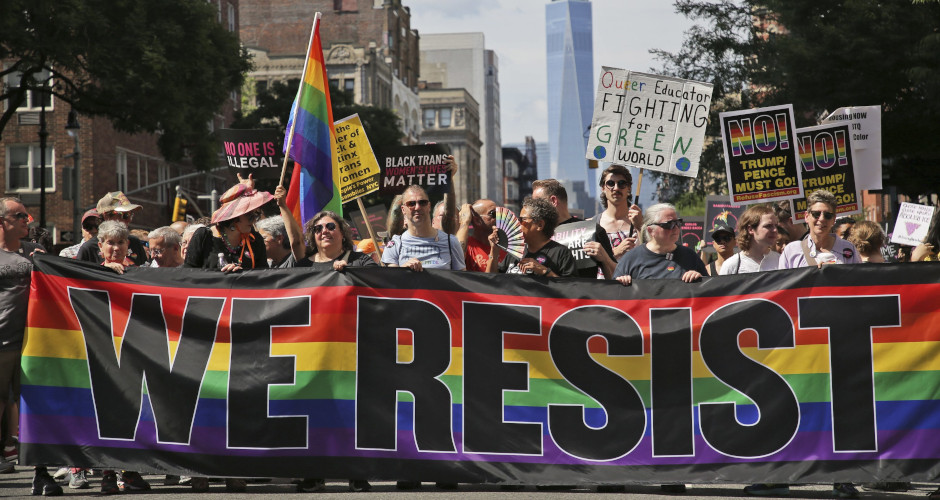 It’s strange when people invoke terms such as ‘equal rights‘, while they have no intention of honoring such. So many people today, for reasons unknown, endorse ‘special rights‘ believing them to be ‘equal rights‘. There’s a great deal of confusion between the terms so let me see if I can adequately explain the differences for those who still languish in the abyss of ignorance.

Example: The right to free speech is an equal right, and protected under Constitutional Law. This right, along with others, is inviolate and applies to every American Citizen. The Constitution of the United States does not grant this right, or any rights for that matter. Rather, it recognizes those rights, those equal rights as being the providence of God.

The right to preferred employment, standards-compromised college entrance, race, and sex-biased financial aid, etc. is not a ‘right‘, but a mandate of governmental bigotry. Under Communist mind-shaping and decades of propaganda, such ‘special rights‘ are based on race, religion, nationality, or sexual orientation making the awards of preference the very opposite of equal rights. It is here that the line is crossed and ‘special rights‘ are awarded.

Unlike those constitutional rights which are recognized by law and justice, these special rights are thrust upon the people, shoved down our throats as it were. These are arguably special rights, and are created by legislators who turn them into edicts of law, commands from the government.

Having considered all of this I have come to realize that programs such as ‘Affirmative Action‘ and ‘Social Promotion‘ are only a few among many such bigoted programs, laws, and edicts based on ‘Special Rights‘ given to ‘Special‘ or ‘Protected‘ classes of people.

Insidious forces behind these programs and laws strive ceaselessly to divide our nation along so many social lines. They have managed to change the very thinking of many Americans, having altered and even re-written our very language. Likewise, our codes of social and moral behavior, and even preferences, are written into the very behavioral habits of many of today’s thoroughly brain-washed people. They have successfully created an entirely new ‘social norm‘.

Some misled folks respond to my blog or youtube channel telling me that I am unfair to the LGBTQ Community because I use language such that is offensive to them. They say I’m just ‘being mean‘. God help me if I should use profanity in describing one of the misled members of the LGBTQ Community, or a racist word when describing an American person of color.

When I grew up an old axiom read; “Sticks and stones may break my bones but names will never hurt me.” Not anymore!

In the United Kingdom and its holdings such as Canada, Australia, and New Zealand ‘hate speech‘ can get you jailed. Years ago American radio host Michael Savage was permanently barred from England for alleged ‘hate speech‘. In the U.S. we have invented something called ‘hate crime‘ which allows special rights to ‘protected classes‘. These crimes bring much harsher penalties than the actual actions which are alleged to have taken place.

Recently a man in New York was sentenced to 6 years in prison for yelling at a woman from Puerto Rico declaring her to be ‘illegal‘ and claiming that she should ” … go back home. Go back to where you belong!” While rude and reprehensible, this should never have resulted in any more than a misdemeanor arrest for disturbing the peace. Well, because this woman is one of the ‘protected classes‘ the crime became a ‘crime of hate‘ and the man is currently languishing in Rikers Island.

How have we fallen so far as to recognize ‘special rights‘ more than basic or equal rights yet not recognize the right of a newborn infant to life itself? How has it become that there are ‘special‘ classes of people, referred to in the law as ‘protected classes? When did Caucasians become the flotsam of this great republic in which we live? How is it that, while Illegal Aliens, Muslims, Blacks, LGBTQ people are protected under special laws granting special rights while infants near or in birth are condemned to death with absolutely no rights whatsoever?